The quest for creating unique content has taken people down many different avenues over the last few years. There are dozens of spinning tools and software out on the market now, and they each work well to varying degrees.

One of the best ways I have seen to create quality spinnable content is to rewrite content based on sentences rather than words. This makes your article much more readable and human friendly.

Most of the services out there are independant software apps or membership websites. When I was searching for tools and software for content spinning I came across SEO Wordspinner by Zack Katz, which is a wordpress plugin that allows you to show different sentence combinations each time your page is refreshed. It works by putting brackets around each sentence and then the pipe character between multiple versions of that sentence. I thought this plugin was a great idea since most people will be putting content and articles on their wordpress blog.

One thing lacking in this plugin was the ability to easily create rewritten sentences. I had been using a very popular service called Article Ranks which has a fantastic editor for rewriting sentences. So, I thought why not create a simple visual editor plugin for wordpress that gives users an easy way to rewrite their articles just like this service and make it compatible with Zack’s SEO Wordspinner plugin. 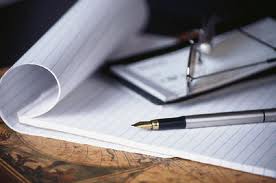 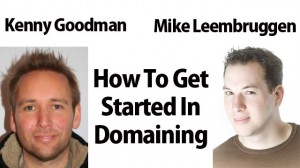 Domaining is something that is becoming a hot topic among online entrepreneurs. Not just internet marketers, but big corporate enterprises as they are noticing a huge trend toward the online sector.

One of the “go to” guys when it comes to domaining is Kenny Goodman. I managed to jump on a call with Kenny and interview him on exactly what he sees as the future of domaining and how he has managed to build a solid business through lead brokering and buying aged domains.

If you’re not familiar with the term “domaining”. It’s simply the acquisition of multiple domains.

You can either “park” those domains or develop them into content sites, or as Kenny points out on this call, you can get really creative and do things like lease options on your domains. This definitely takes things to a whole new level, and some of the concepts Kenny alludes to on this call are absolutely fascinating.

Some of the things Kenny talks about on this call, I have never heard before, and it’s always a refreshing change to hear real world business strategies applied to online marketing and website development rather than the typical gimmicky stuff about making thousands of dollars overnight through the latest spam technique.

This is big business, and has the potential for huge paydays in the corporate market.

I also get Kenny to run through his latest online software called DomainFace. I must admit, when I first started using this software I was a bit lost, because if you don’t know what to look for when finding an aged domain then all the stats don’t really mean much. So, on this call I got Kenny to run me through exactly what criteria he looks for when searching for an aged domain, and that has made a huge difference for me. I’m sure it will make a huge difference for you too.

I hope you get as much out of this call as I did, and please leave your comments below to let me know if you enjoyed the content. 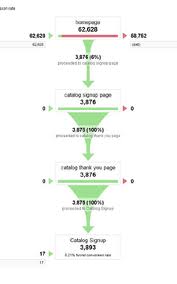 Here is a quick walkthrough video of how to setup google analytics conversion goals. Most internet marketers have google analytics installed on their websites, but few actually go to the length of setting up conversion goals to measure what percentage of their site visitors actually complete the desired action steps needed to reach the end goal, being purchasing your product.